I was watching The Repair Shop recently when one of the items featured was a ‘ditty box’; a naval box for storing personal items. In fact, it was a Victorian writing box or writing slope exactly like one I had recently inherited from my father.

My Dad had always liked boxes, probably something to do with being a master wood patternmaker. He would make a pattern out of wood for metal parts for various things including aeroplanes or even a funnel for a steam engine on the Severn Valley Railway (his favourite job).

When we were children, he made a toy box and our own paint boxes for me and my brother. Later in life he enjoyed going to antique fairs and picked up this box in the 1990s. It was only after he died and I inherited it that I looked inside. He kept lots of items of family memorabilia including a memorial card for his uncle, the ‘Terry Times’ a Christmas round robin newsletter written by his nephew, his hymn book, numerous tickets and cards relating to holidays taken with my Mum,  and a photo of him in his late 50s before illness aged him.

What I discovered during the Repair Shop is that there is a secret drawer. With great anticipation we opened the secret drawer during the programme. I wondered if it would yield up a hidden document or maybe some precious jewellery but we found . . . absolutely nothing!

I use the box for my own notepaper and for calligraphy and always think of my Dad. When I pass it to one of my daughters, I shall make sure I hide something interesting in the secret drawer. 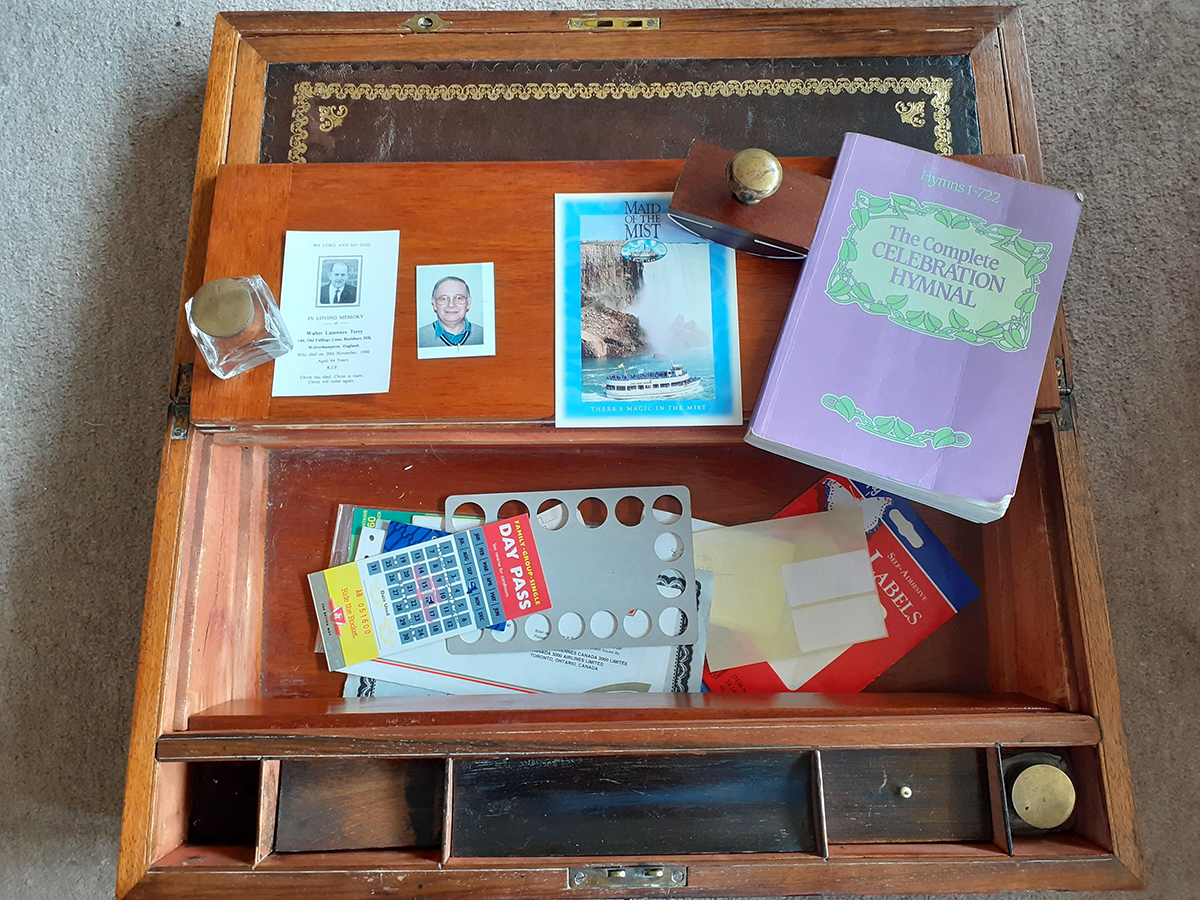 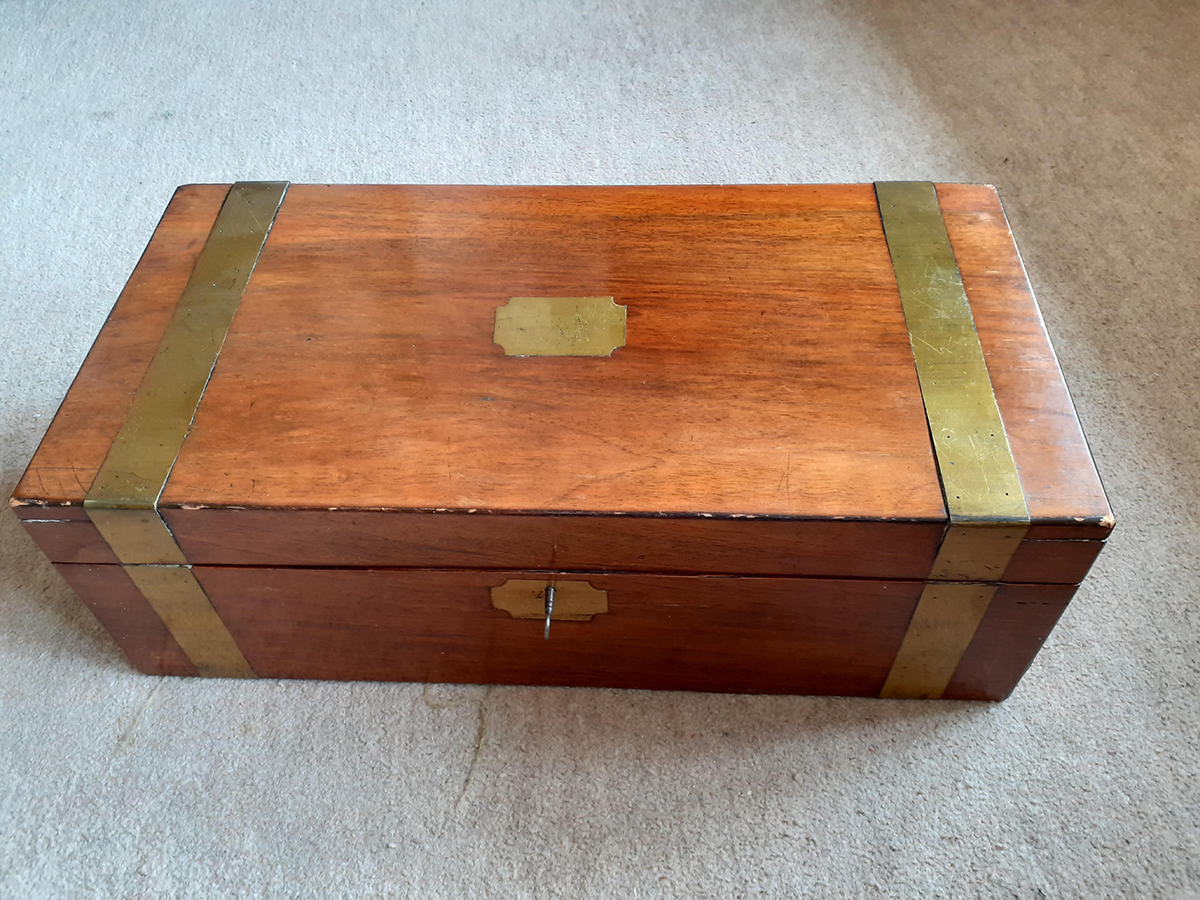 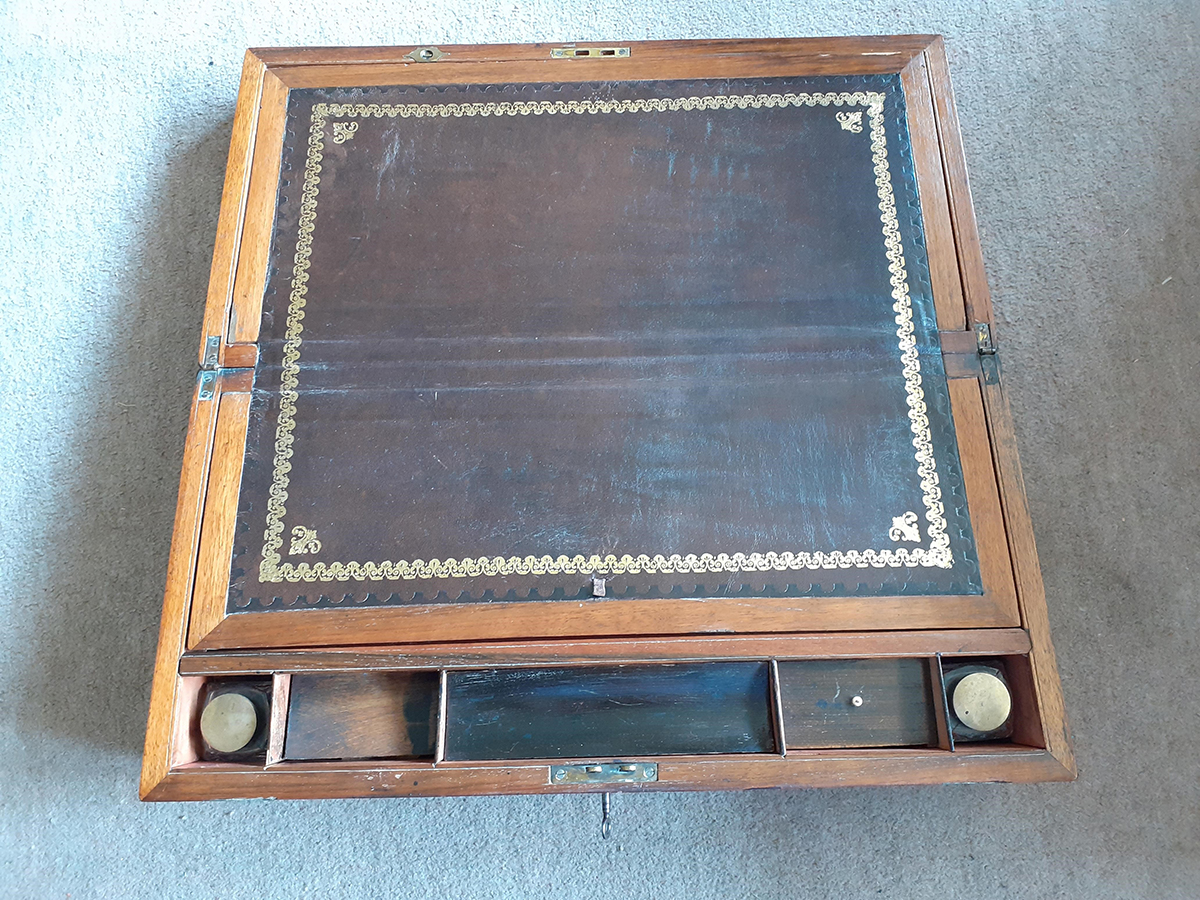 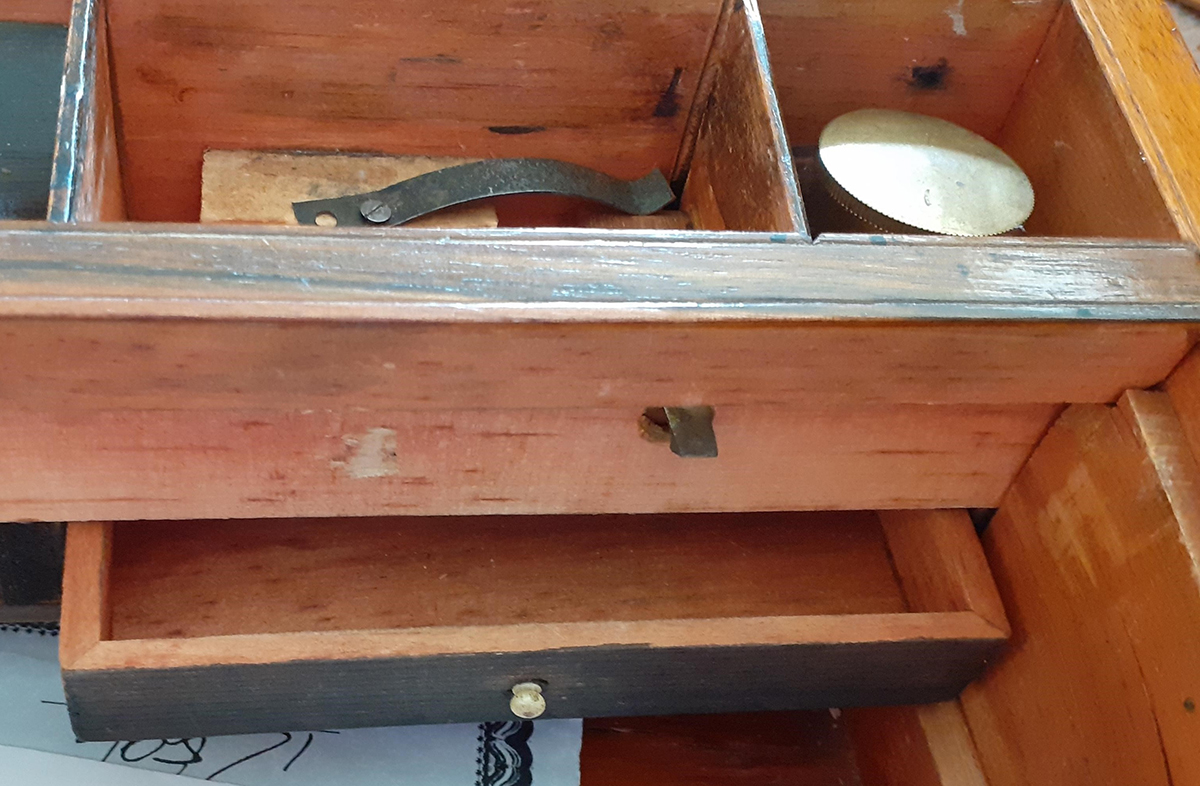