Looking around our house I’ve realised that I have very few ‘meaningful mementoes’ kept from earlier on in my life.  Just about the only items I have kept from my childhood are my Subbuteo table football teams and accessories.

This England team was my pride and joy at the time – it was Subbuteo’s first foray into producing teams with ‘piping’ and replicates the England Admiral kit at the time, the era of Kevin Keegan and Gerry Francis, or, for a Portman Road regular like me, Mick Mills and Kevin Beattie .  It was also more expensive than their regular run of teams, costing me 80p of pocket money in 1976 rather than the usual 60p, and I must have been extra careful with it – most of my other team sets have players knees mended with Araldite (other adhesives are available) or the odd arm missing.

It brings back memories of hours and hours of playing on my own, with full league seasons, international tournaments and even the Northern premier League.  Although I did also play against some of my mates, this often ended in argument as we all had our own way of playing…and cheating, just like the real thing! 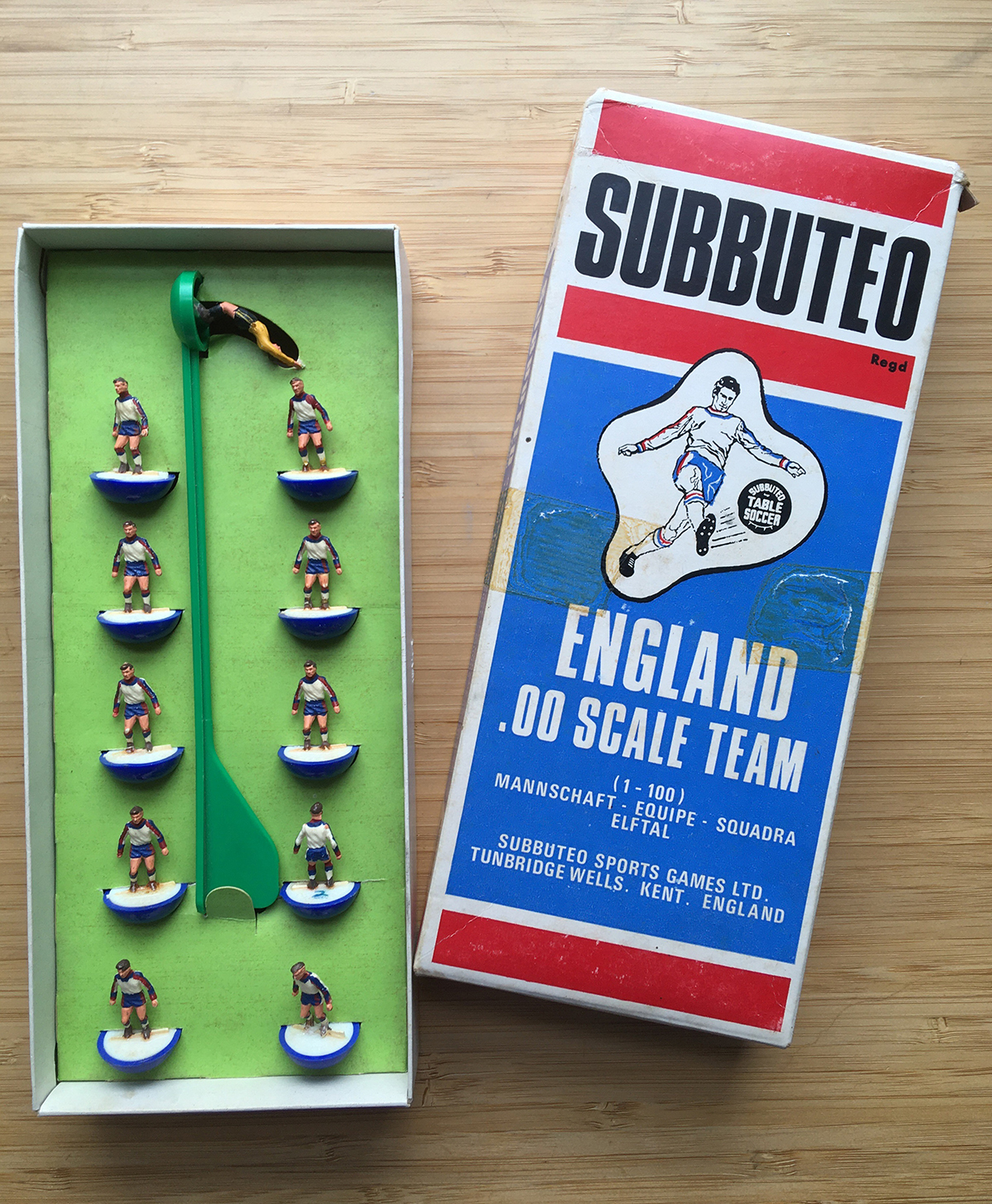