Letter referring to the Pendrell Grant

Letter sent from the office of Inge & Son of Lichfield, who administered the Pendrell Grant, to a schoolgirl called Ann, a family friend or relative of the writer, in 1944. He gives general news, asks about Ann’s new school in Birmingham (she may have been evacuated), he encloses an American stamp, and his story about its arrival leads to the story of the Pendrell Grant, possibly then kept by Inge & Son. He makes a comment about its condition: The original grant is still in existence, but the Great Seal of King Charles II is I am afraid showing signs of breaking up and has to be kept in a bag attached to the Grant.” It is unusual to have a physical description of a document from a time when still in private hands. The letter itself was kept by Ann’s family. 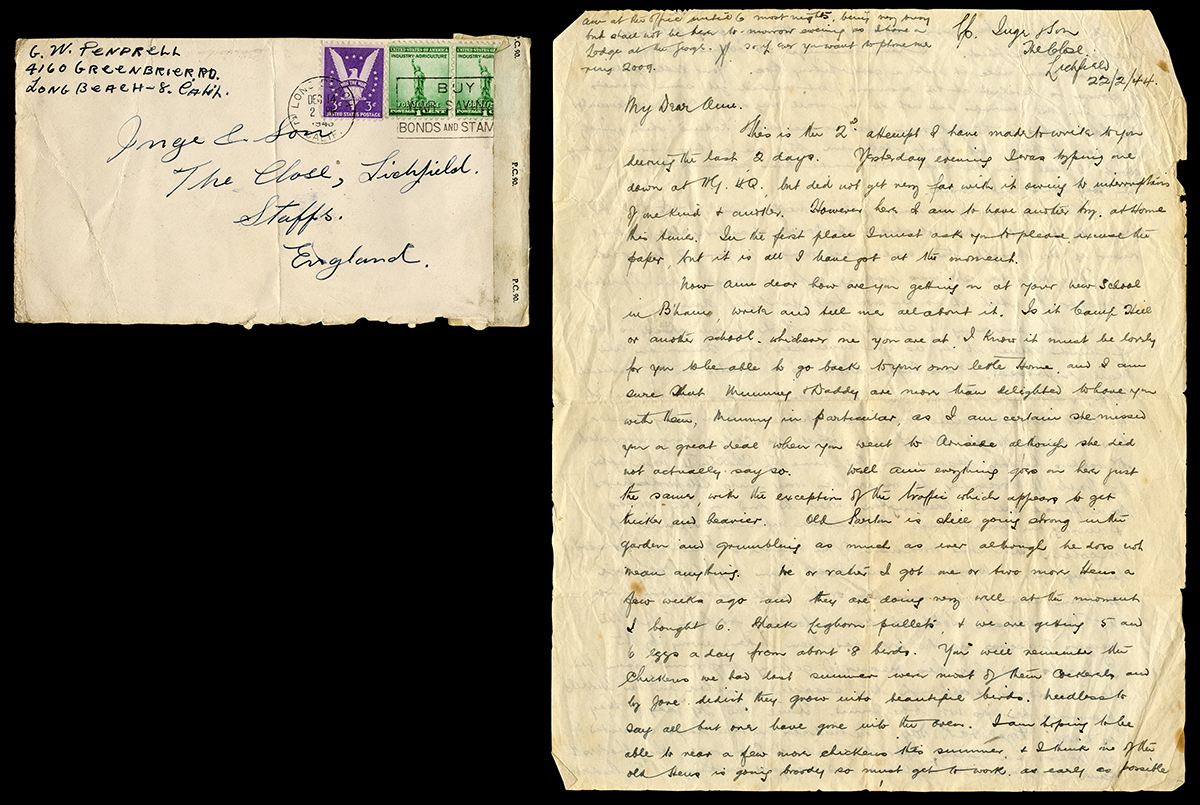 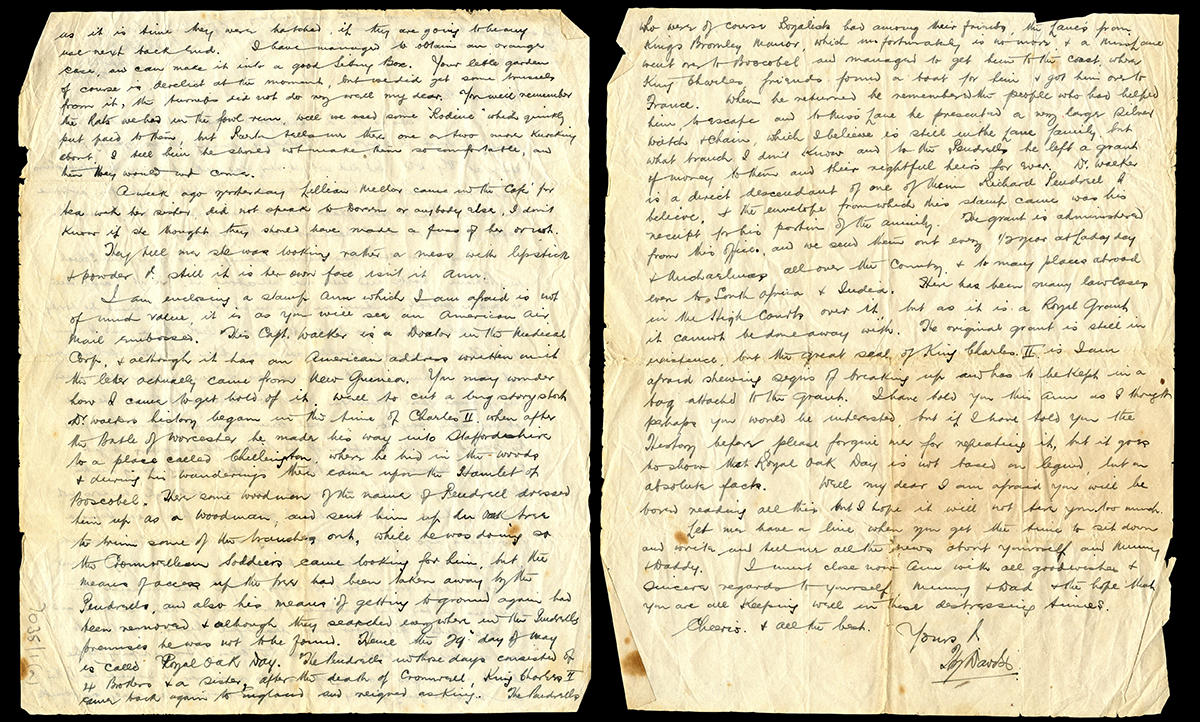