Between 1944 and 1946 Cuthbert Chambers of Hartshill, Stoke-on-Trent, wrote a series of weekly “newsletters” to his daughters Kath, Lou, and Elsie. These began as an “experiment” and took the form of typed letters and carbon copies – “thus you will get identical news” – which Cuthbert, touchingly, rotated between the three daughters so that each would receive an original letter on every third instalment. Signed by their father they cover personal issues and events of the war, from organising dances for Service Personnel to the D. Day Landings and, later, the V.E. Day celebrations.

This particular set of letters are Kath’s, alongside which are included photographs of her both during military service and as a civilian, as well as pictures of Cuthbert and his wife. All together these items are held at Stoke-on-Trent City Archives. 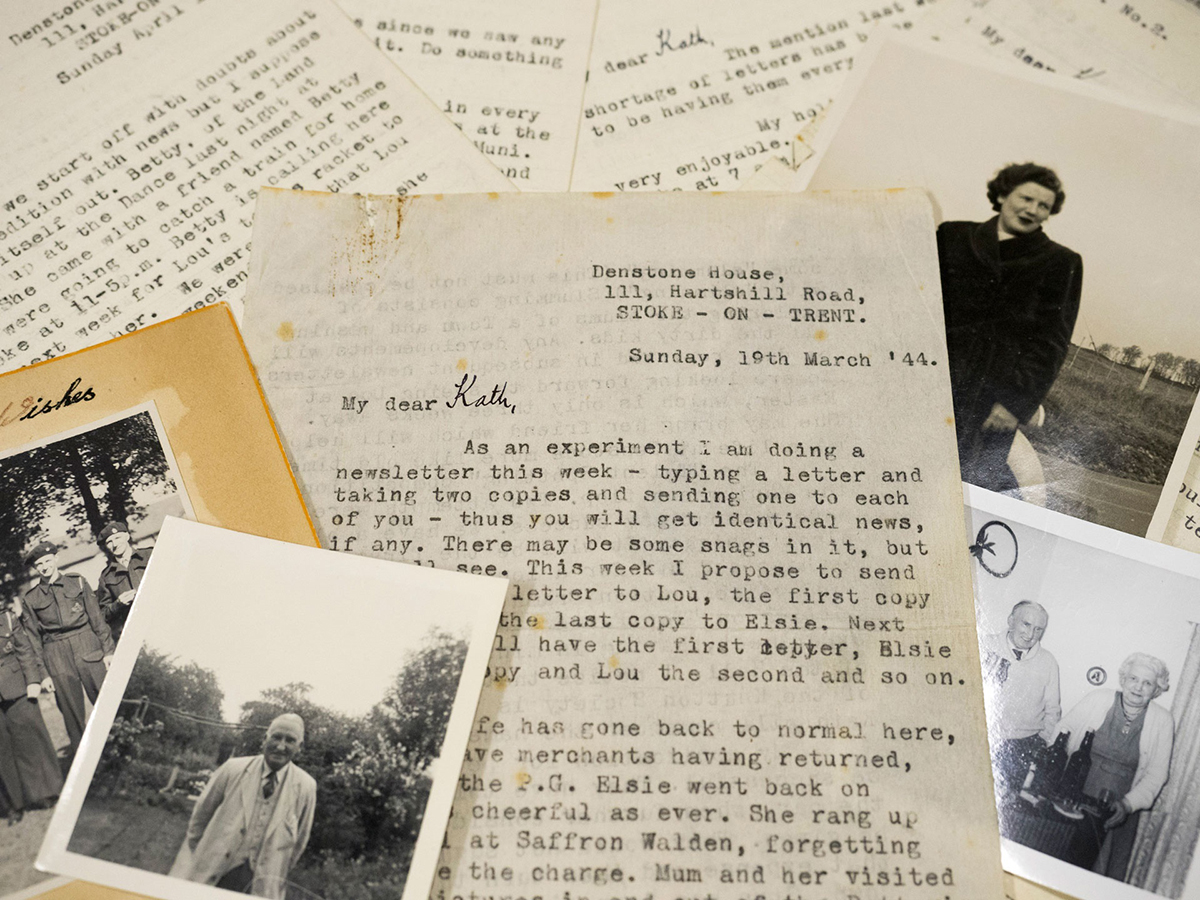