Often recipes are treasured heirlooms that are passed down through generations. This recipe is from a handwritten recipe book from Stone, from 1890. Various people have contributed to the book with their own recipes so it may be a family or a women’s group. Blanc-Mange is popular in many countries and has had lots of variations, it originally included savoury ingredients such as meat and rice. However, the ‘sweetmeats’ at the end of this recipe are more likely to be confectionery. Blancmange is still a popular dessert in West Indian cuisine and is often prepared either with coconut or almond.

Mix with a little cold milk, 3 tablespoons of arrowroot and 1 of flour, boil a quart of milk flavoured with bitter almonds, lemon peel and sugar, strain it through a sieve upon the arrowroot, stir it well together, over the fire, let it boil until quite thick, then put it into a mould, when cold garnish it with sweetmeats. 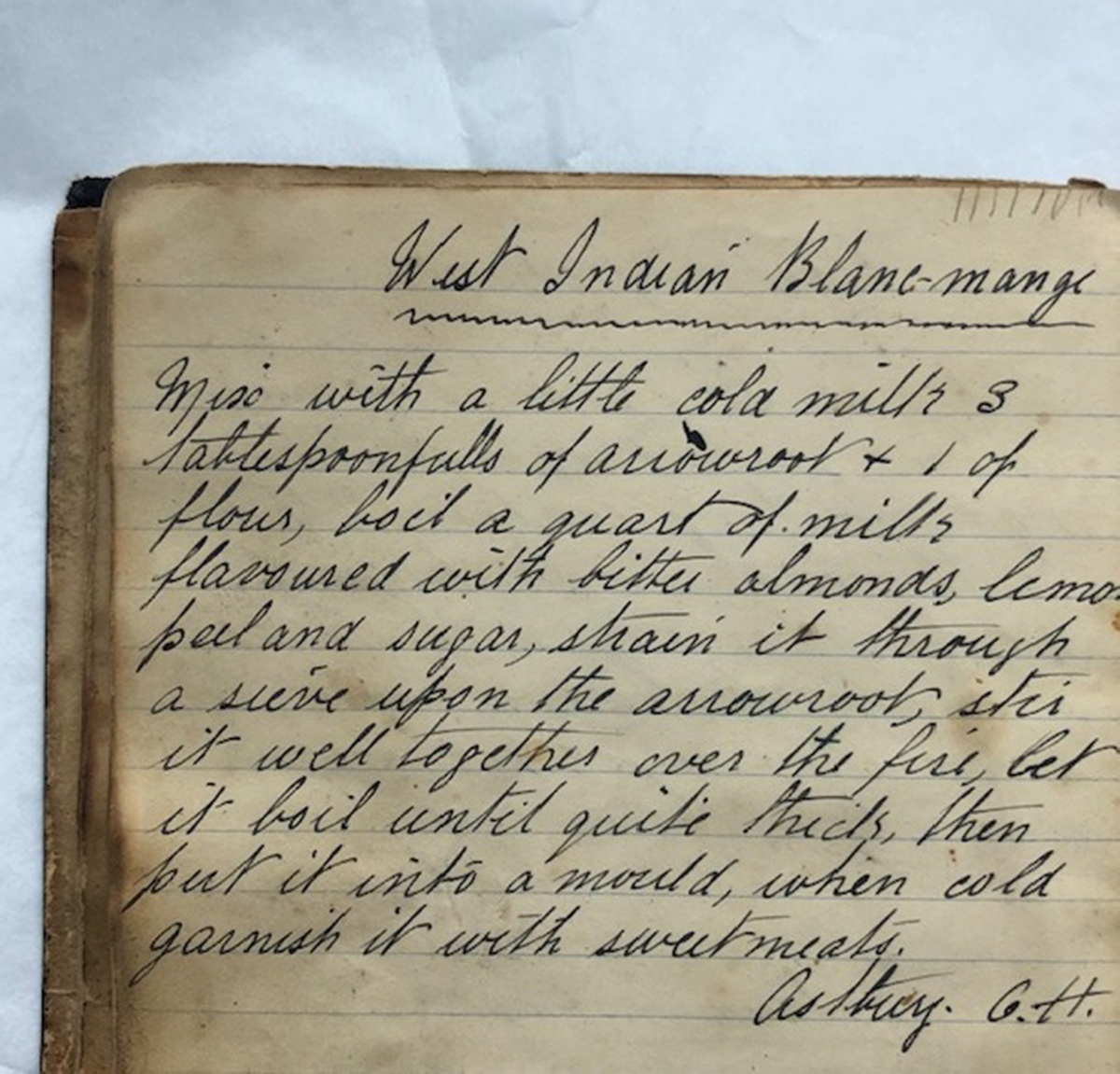