This red silk cap is elaborately decorated with gold and silver thread work. It dates from the 1630s and belonged to King Charles I. The cap, together with several gold sovereigns, was given to the family of Colonel William Salisbury, a staunch Royalist who had held Denbigh Castle against the Parliamentarians until Charles I had ordered him to surrender. In 1670 the Salisbury heiress married Sir Walter Bagot and the cap came to Blithfield Hall. It was given to the County Museum in 1967. 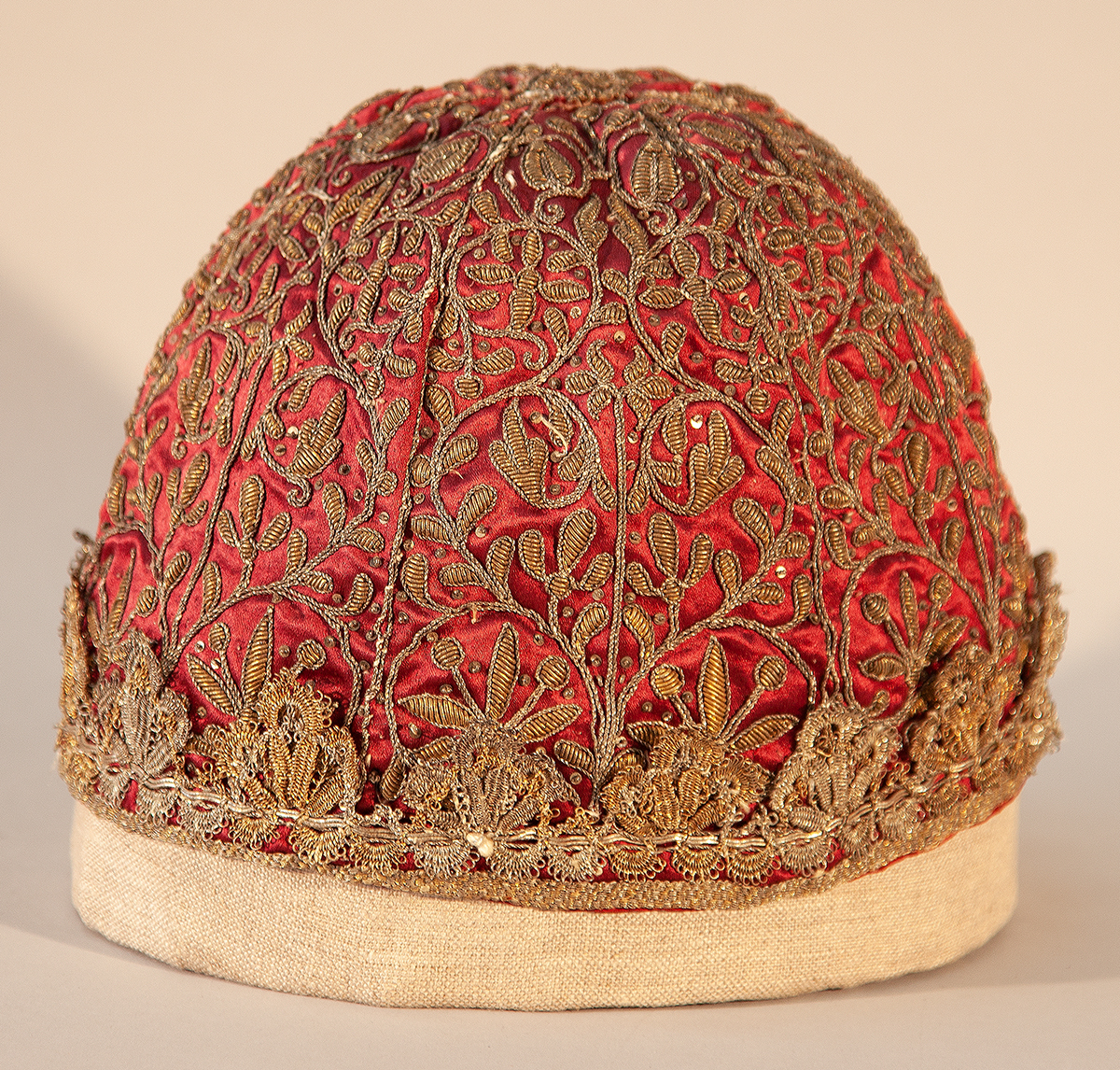