A Box of Meaningful Mementoes

The following items were all kept together as a collection of keepsakes and souvenirs by members of the Whitehouse family, from Sedgley:

A selection of 19th century calling cards kept as a memento of past visitors. Some of the cards recall visitors received during a stay in Germany, whilst the black edging on others indicates visitors in mourning.

Small greeting card on paper lace backing, showing a young girl with a doll. This one was given as a birthday card in the 1860s, and later given as a Christmas gift from a young girl to her father.

Glitter-covered greetings cards are nothing new – this example dates from 1892! It was sent from a husband to his ‘precious little wife’ for her birthday on March 22.

Handwritten and beautifully illuminated, this carefully crafted Christmas greeting dates from the late 19th century and was – understandably – preserved as a souvenir.

Despite the ‘Santa’ like figure on the card, it was in fact sent as a New Year’s greeting! When this card was produced in the 1860s, it was just as common to send New Year cards as it was to send ones for Christmas. It was one of several greeting cards in this collection kept as cherished mementos of friends and relatives. 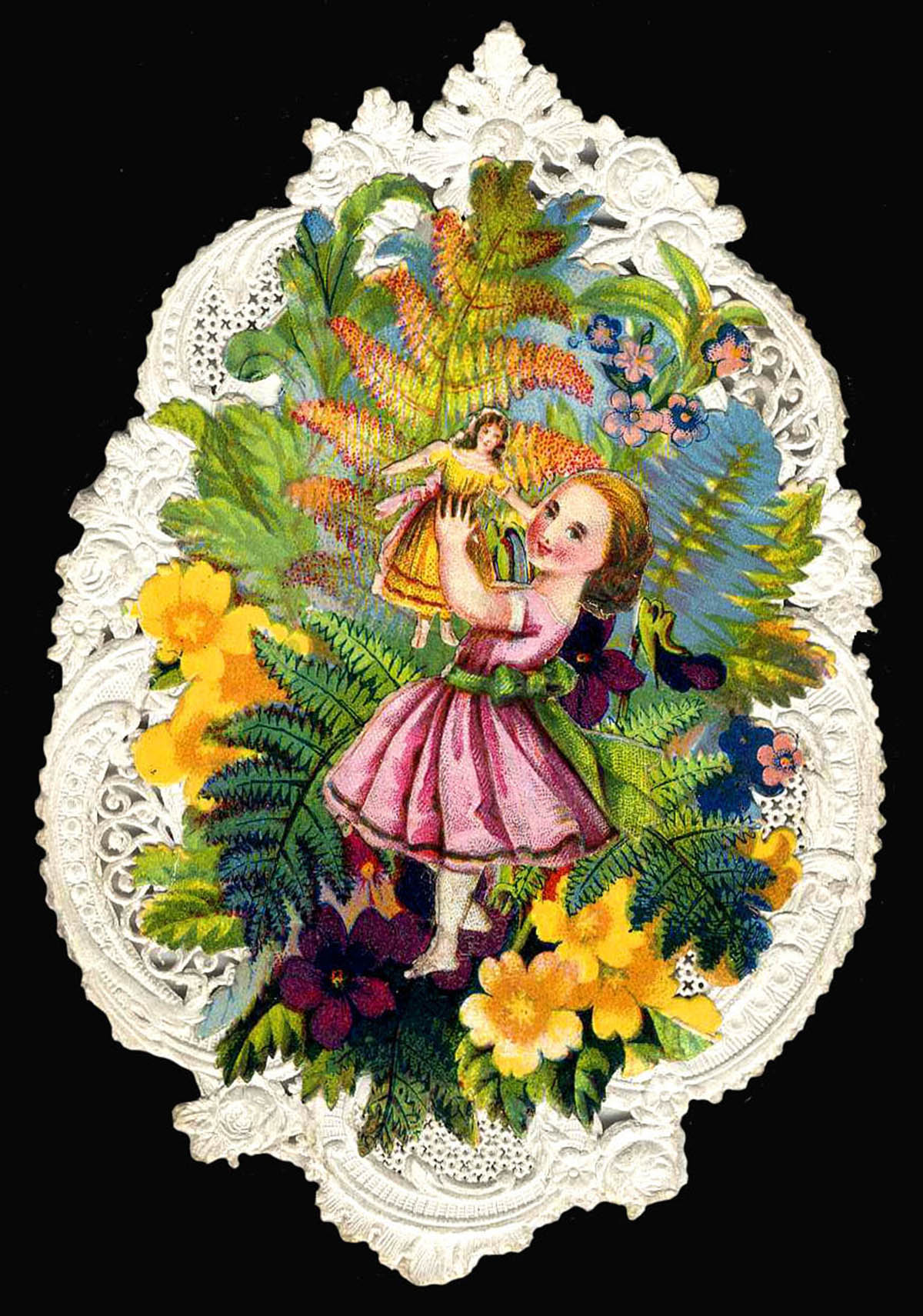 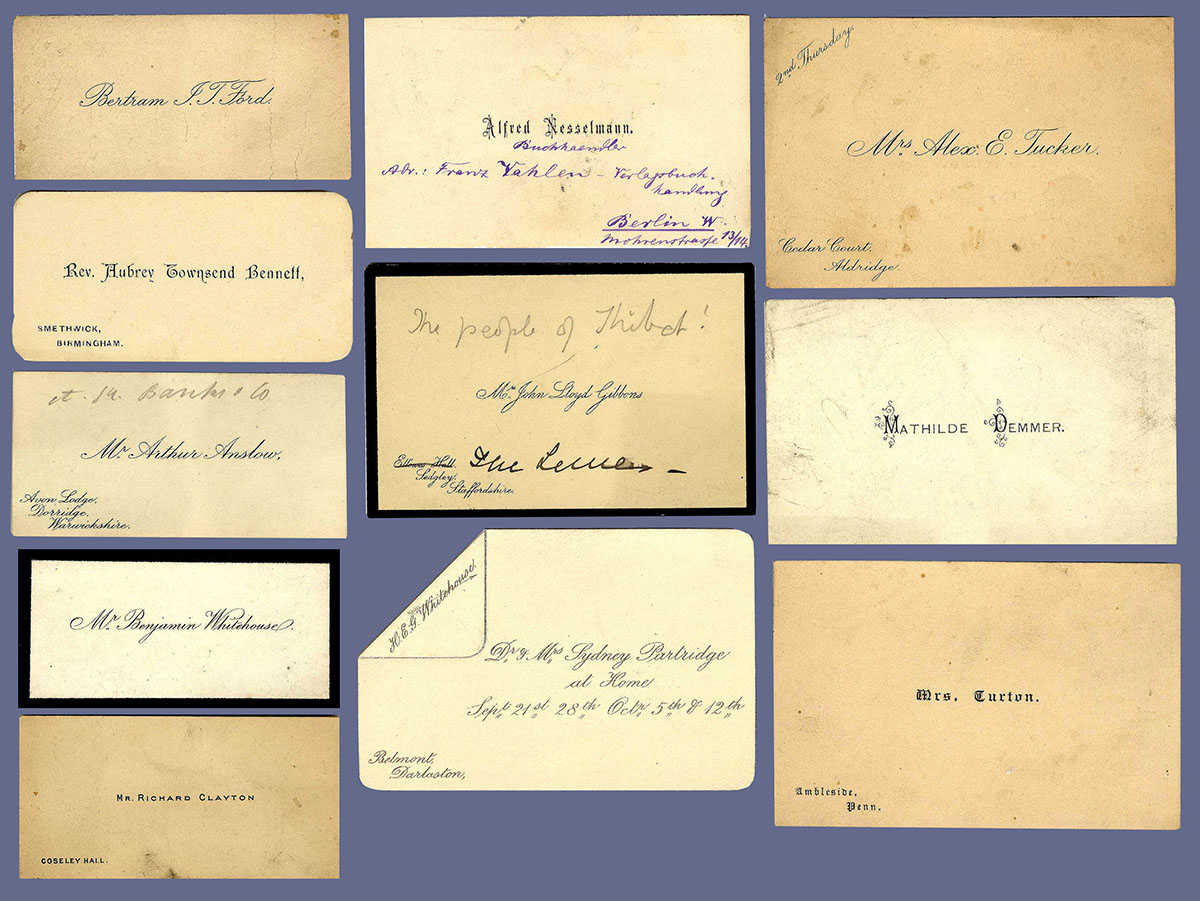 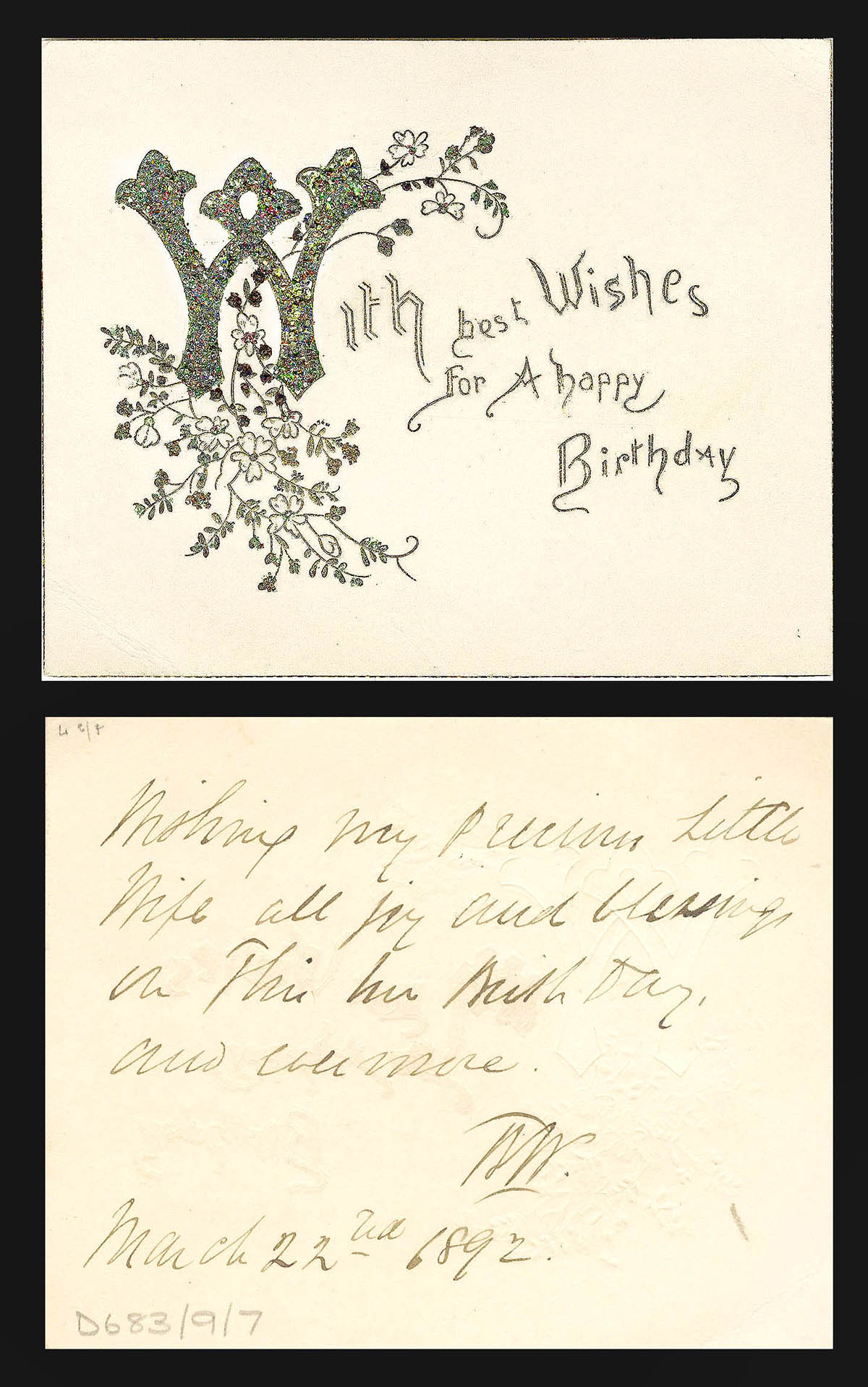 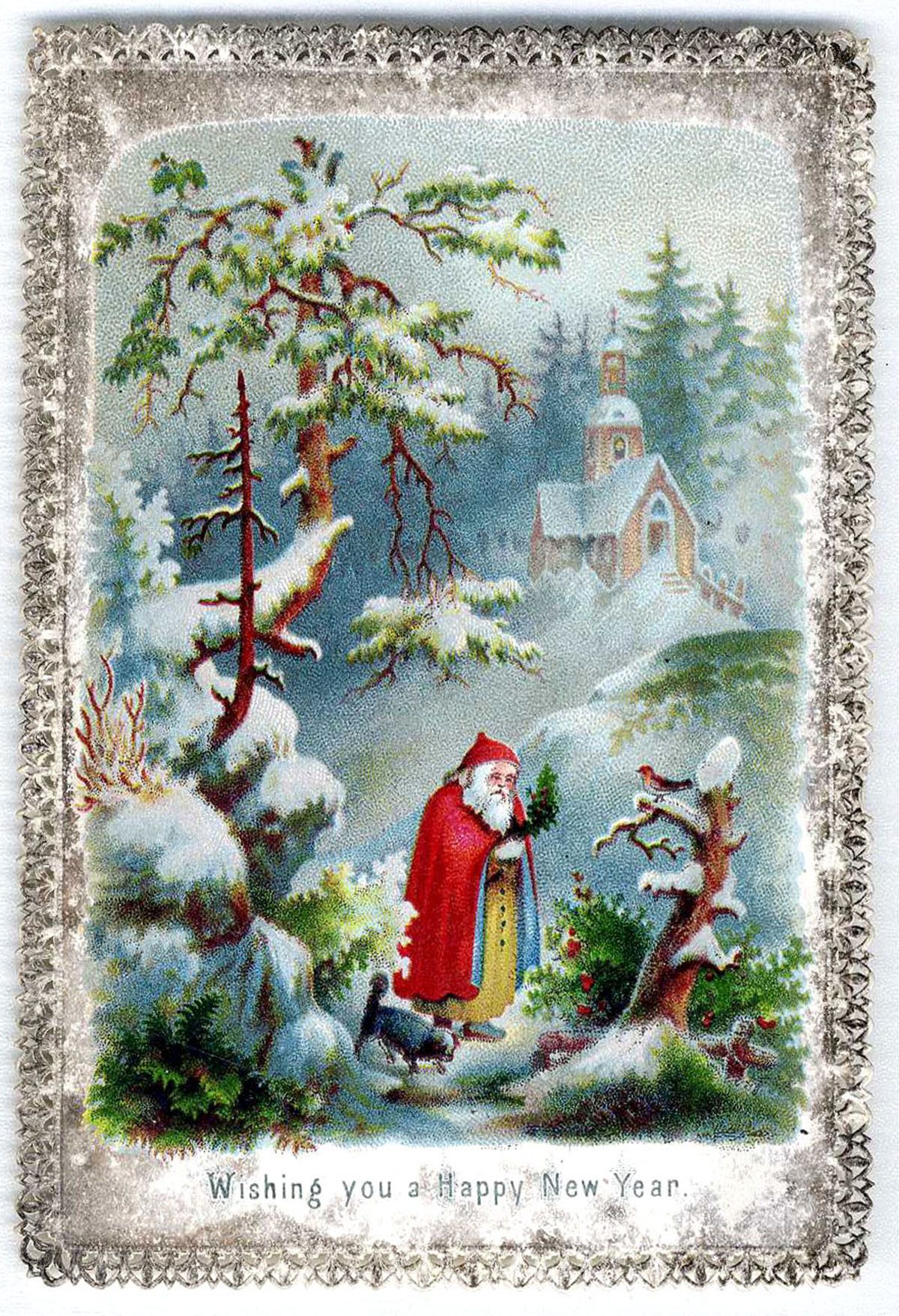