This Bible includes The Book of Common Prayer 1633 and The Whole Book of Psalms 1641. It belonged to my father’s family through his Grandmother, whose maiden name was Shaw. The family, originally from Prussia and named Mangelsdorff, took the name of Shaw in 1917. My Grandfather served as a bandsman in the British Army and was with the North Staffs Regiment for some time.
The Bible was in bad condition and has just been renovated. It contains several Shaw initials, signatures, dates and figures. 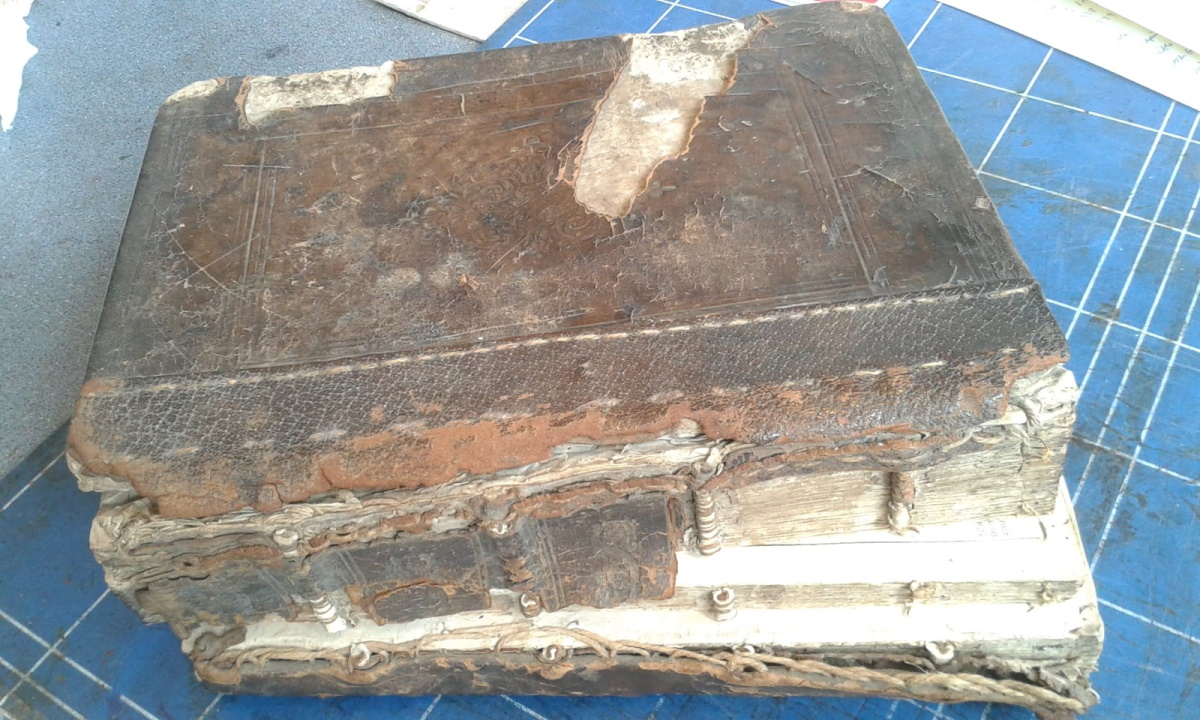 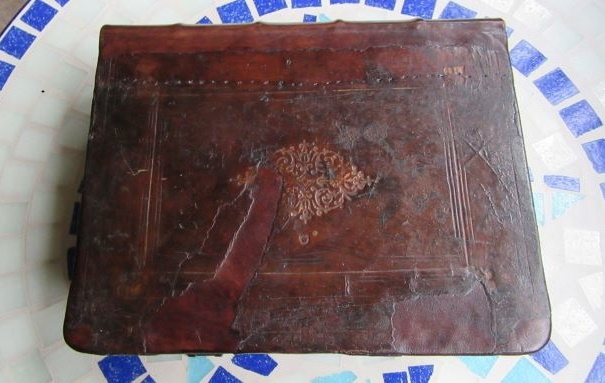 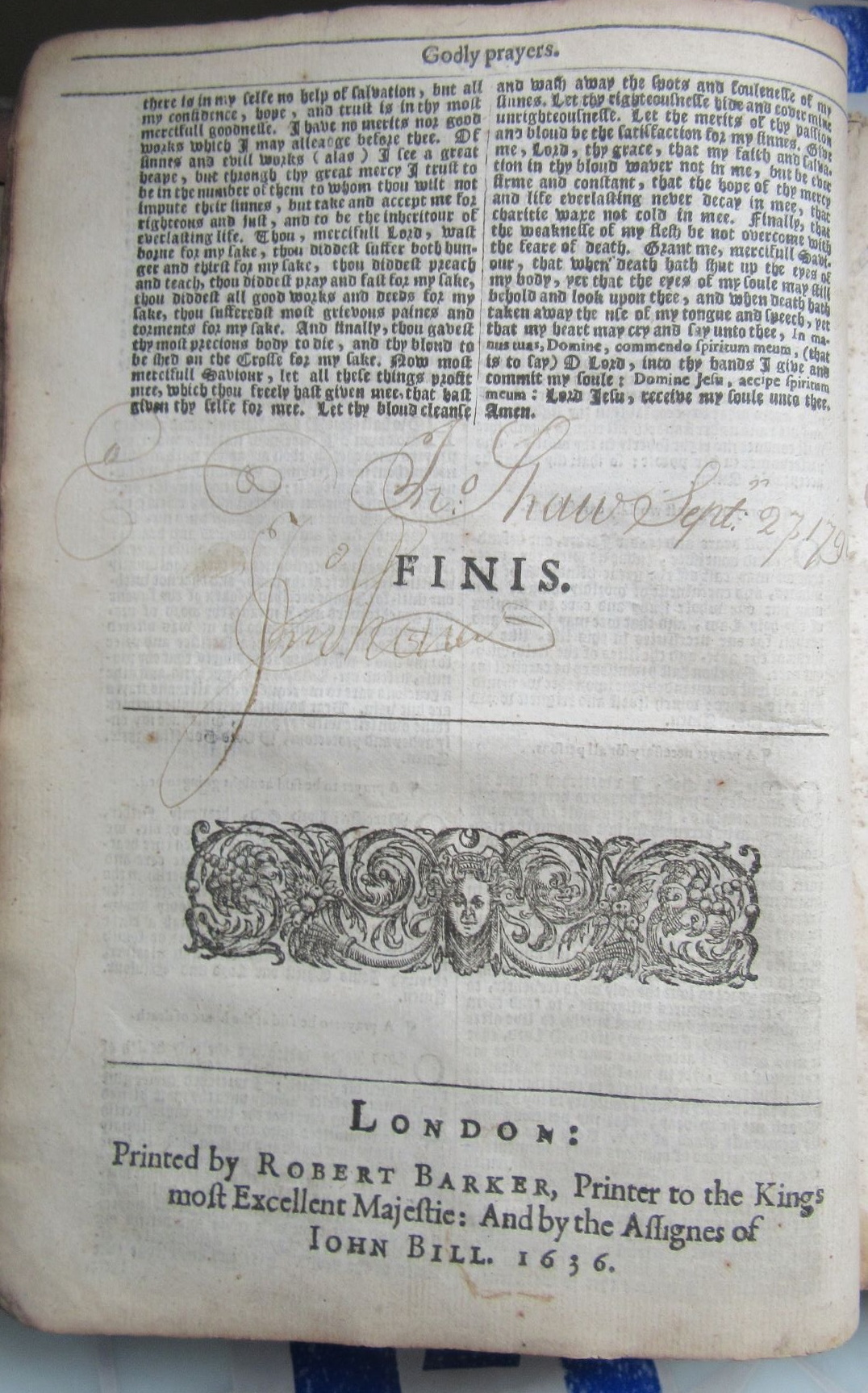